In the next few years, global car production is expected to increase by around 2% per year to 105 million by 2021 (compared with 94 million in 2016). Furthermore, the demand for laminated-glass film is expected to grow even faster than the increase in the number of cars manufactured, as the application of the film will be extended to include side windows and sunroofs. This investment will also equip the company to manufacture film for another growing market: windscreens suitable for head-up displays (HUDs). These displays incorporate technology that projects information, such as car speed, onto a transparent surface, such as a windscreen.

The building activity for expansion has commenced on 3rd April 2018 and is expected to create dozens of jobs in the region of South-East Netherlands.

* The Japanese financial year runs from April to March 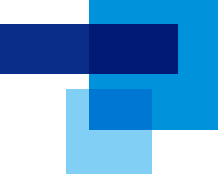 SEKISUI Europe will be partnering with Formula-Eindhoven for the Formula E race in the Brainport Eindhoven region!

We are proud to announce that the regional website on SEKISUI Europe is live! The website was developed to show what our group has to offer.

SEKISUI CHEMICAL CO., LTD. has been selected for the 'Global 100 Most Sustainable Corporations in the World' for the third time in a row by Corporate Knights in 2020.

Meet us at Automotive Glazing Europe conference on 29th and 30th of October 2019 in Düsseldorf.